The background must be normal, with the presence of normal sleep architecture.

It is mandatory that there must be marked increase in frequency of epileptiform activity in drowsiness and sleep, when spikes or spike-and-slow waves often also have a wilder field and may be bilaterally synchronous. There may be a photoparoxysmal response after 10 years of age. In 10-20% of children, centrotemporal spikes or spike-and-slow wave may be activated by sensory stimulation of the fingers or toes. 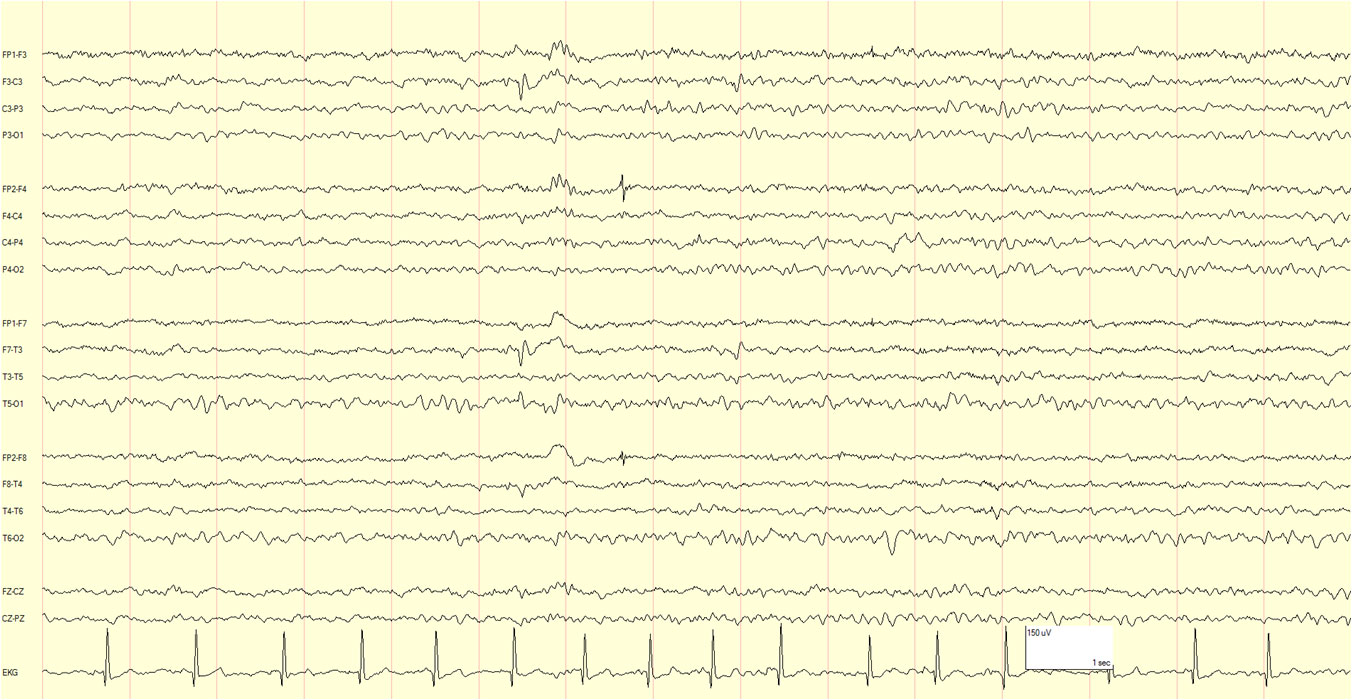 Example of EEG in the awake state. 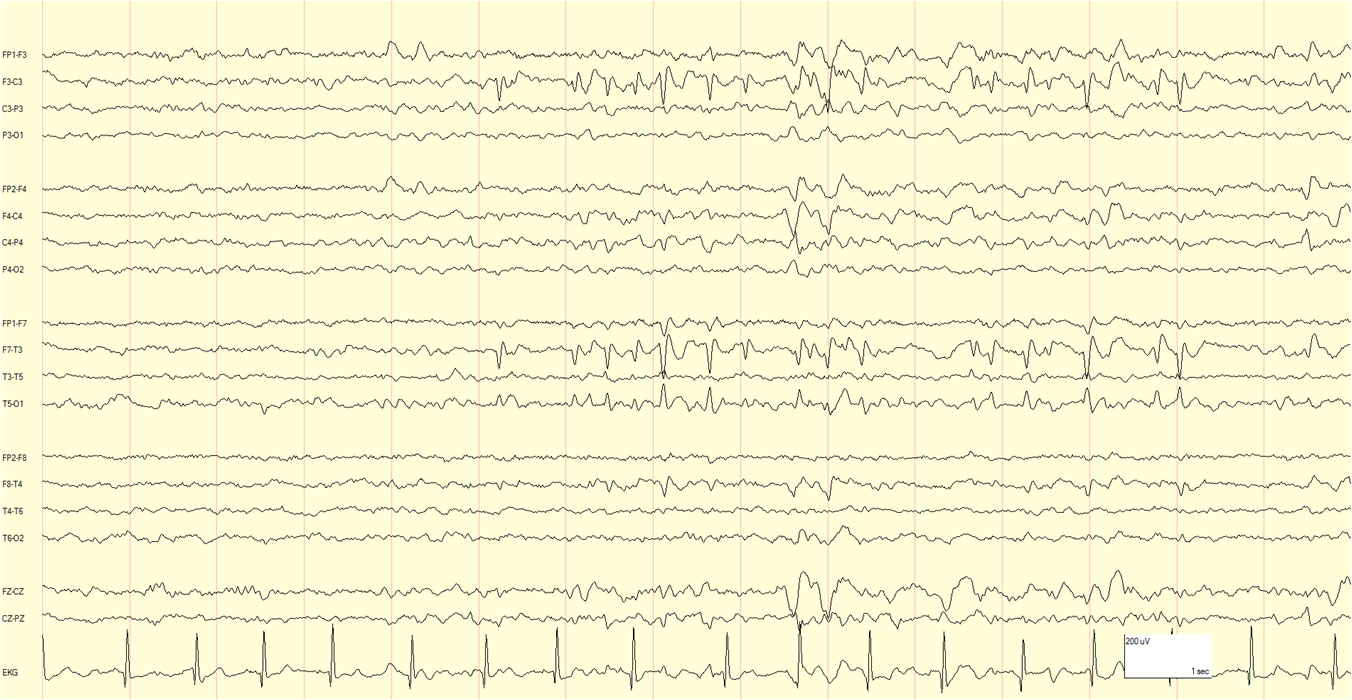 Example of EEG in same patient, showing activation in sleep.

Seizures are infrequent, so it is rare to obtain an ictal recording and there are few published reports of these in the literature. Seizures may be accompanied by a brief decrease in amplitude of the background EEG, followed by diffuse sharp wave discharges of increasing amplitude, predominantly in one centrotemporal region, followed by high amplitude slowing and then a return to the usual interictal EEG. Ictal rhythms may include bilaterally synchronous (as opposed to generalized) spike-and-wave in seizures that evolve to a focal to bilateral tonic-clonic seizure.