While Sturge-Weber syndrome may be detected on skull Xray and CT, especially when there is established calcification and atrophy, MRI is the imaging of choice for assessing detail. MRI should include thin slice volumetric T1-weighted images with contrast, and axial and coronal T2-weighted and FLAIR images. In addition, orbital involvement can be assessed with orbital MRI. 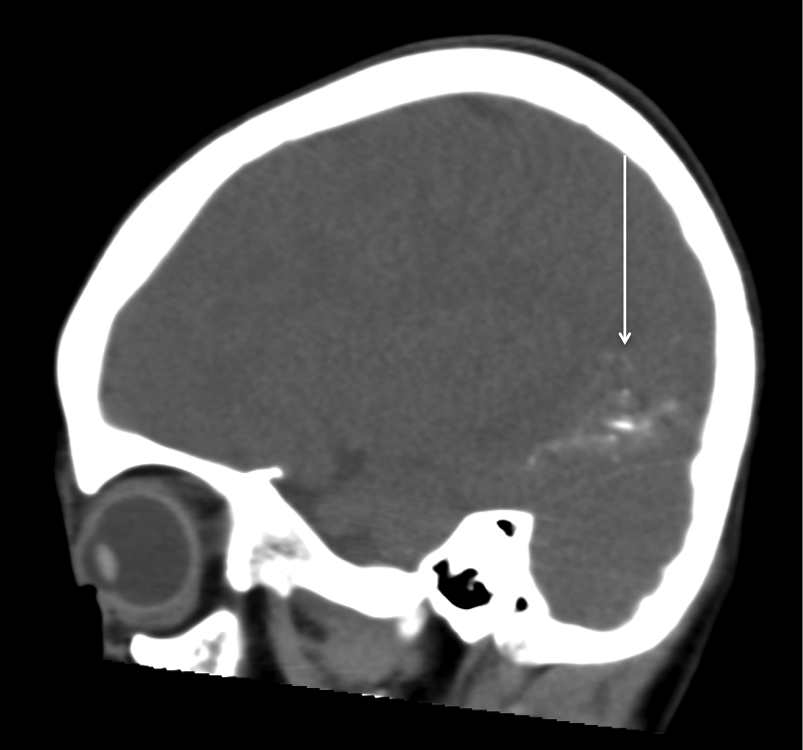 The image below is a T2 weighted image, showing atrophy of the right hemisphere, enlargement of the choroid plexus (arrow 1), a thickened overlying skull and subcortical calcification (hypointense / dark signal in the subcortical region - arrow 2). 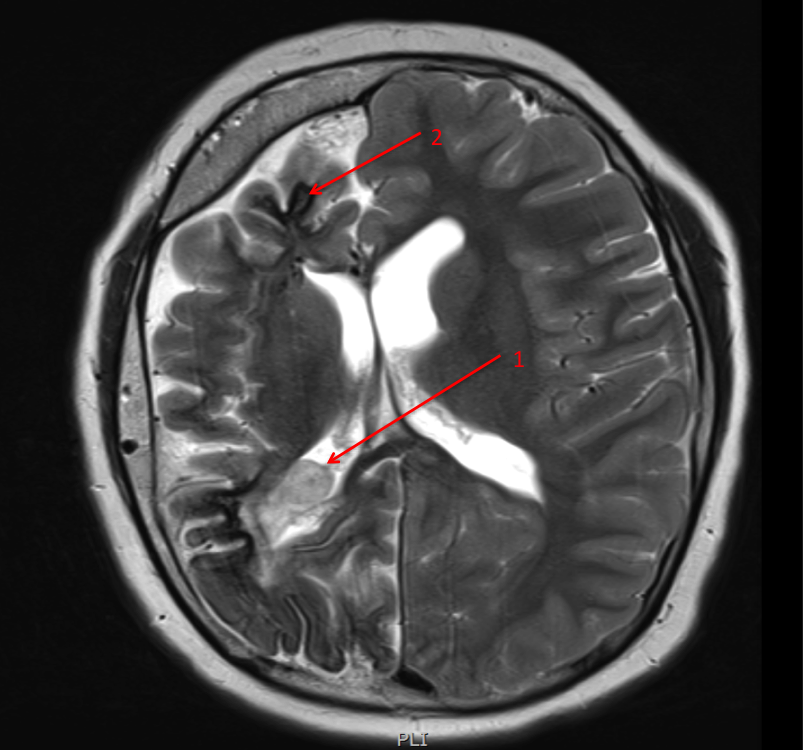