Gradient echo (GRE) or T2* sequences are able to delineate these lesions better than T1 or T2 weighted images, and GRE/T2* images are very important in detecting angiomas, that may be missed by conventional spin echo sequences. Susceptibility weighted imaging (SWI) may have sensitivity equal to that of GRE in detecting angiomas. SWI is also highly sensitive in detecting calcification as compared to T1 and T2 images. Unless large, or associated with hemorrhage, these abnormalities are not seen on CT. Cerebral angiomas are not seen on angiography, as they are 'slow flow' abnormalities.

The image below, a T2* image, shows two punctate hypointense foci ('black dots') in the left occipital region (arrows), with others in the frontal lobes. 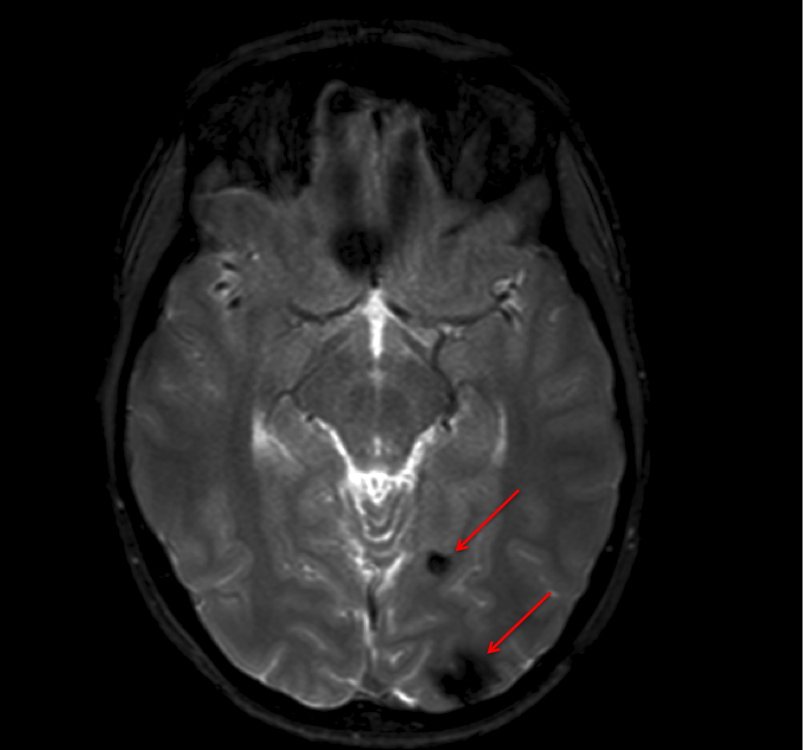